EAST FORK HOTEL
The site of the East Fork Hotel began its life as a saloon and residence known as “The Other Place”. Built by George Brown in January and February of 1891, its title was a reference to his newly created competition for the older and more established Gardnerville Hotel and Saloon of Mathias Jepsen. George and his brother Charles had traveled across America from New York as musical members of a circus band. Their original intention was to become prospectors and seek their fortune in the west. Their westward journey ended in Genoa but their musical talent continued. By 1889, George would organize and be the director of the Genoa Brass Band. Throughout the 1890s he would forsake Genoa and lead the Valhalla Society of Gardnerville’s twenty-one piece brass band.

A natural for the saloon business, George had both a billiard table and later a ten pin alley to amuse his customers. A roofed stable held the drinking population’s horses in either inclemently hot or inordinately cold weather. In 1891 he added a lodging house with board for either regulars or transients. By April 1893, the buildings were known as Brown’s Hotel.

What happened between April and August of 1893 is a complete mystery. The August 4, 1893, issue of the “Genoa Weekly Courier” notes that tomorrow George Brown will have a Ball to dedicate the yet to be completed East Fork Hotel. There is nothing to state whether Brown’s original hotel burned, was torn down or what else may have necessitated the new and larger two story building. We do know that this newer building was the structure later generations would know as the East Fork Hotel.

A fire in September 1899 did extensive damage to parts of the building but after considerable reconstruction, the hotel again received guests.

The thrill of mining and quick riches had never left George Brown. He prospected for eight years prior to building his first saloon and had maintained an interest in mining companies even while running the East Fork establishment.  In October 1903, George leased the hotel and sold the stock on hand to his brother Charles and another local resident, Henry Morrison. He returned then to a full time career in mining.

With the untimely death of Henry Morrison in 1906, Charles Brown would become the sole proprietor of the East Fork Hotel and bar. George Brown died Christmas Day, 1913 while visiting family in New York. By 1914 it appears Charles Brown had tired of the hotel business and the East Fork was leased to J.P. Aldaz and Martin Antchango doing business as J.P. Aldaz Company. The relationship was short lived and by 1917, John Etchemendy was the lessee. Raymond and Gorgonia Borda bought the East Fork from Charles Brown sometime late in 1921. They would raise all of their children there becoming hoteleros (Basque hotel keepers) of an ostatu (Basque Hotel). The family would operate the hotel during prohibition and Raymond was incarcerated in 1923 having been found guilty of violating the National Prohibition law. He not only sold alcohol at the hotel’s bar; he distilled it at the sheep ranch which the family owned and operated in Dayton. Others would later lease the bar but the Borda Family retained ownership of the East Fork’s land and buildings. The entire operation was closed after a fire on July 17, 1986. The hotel and associated structures were torn down in 2014. 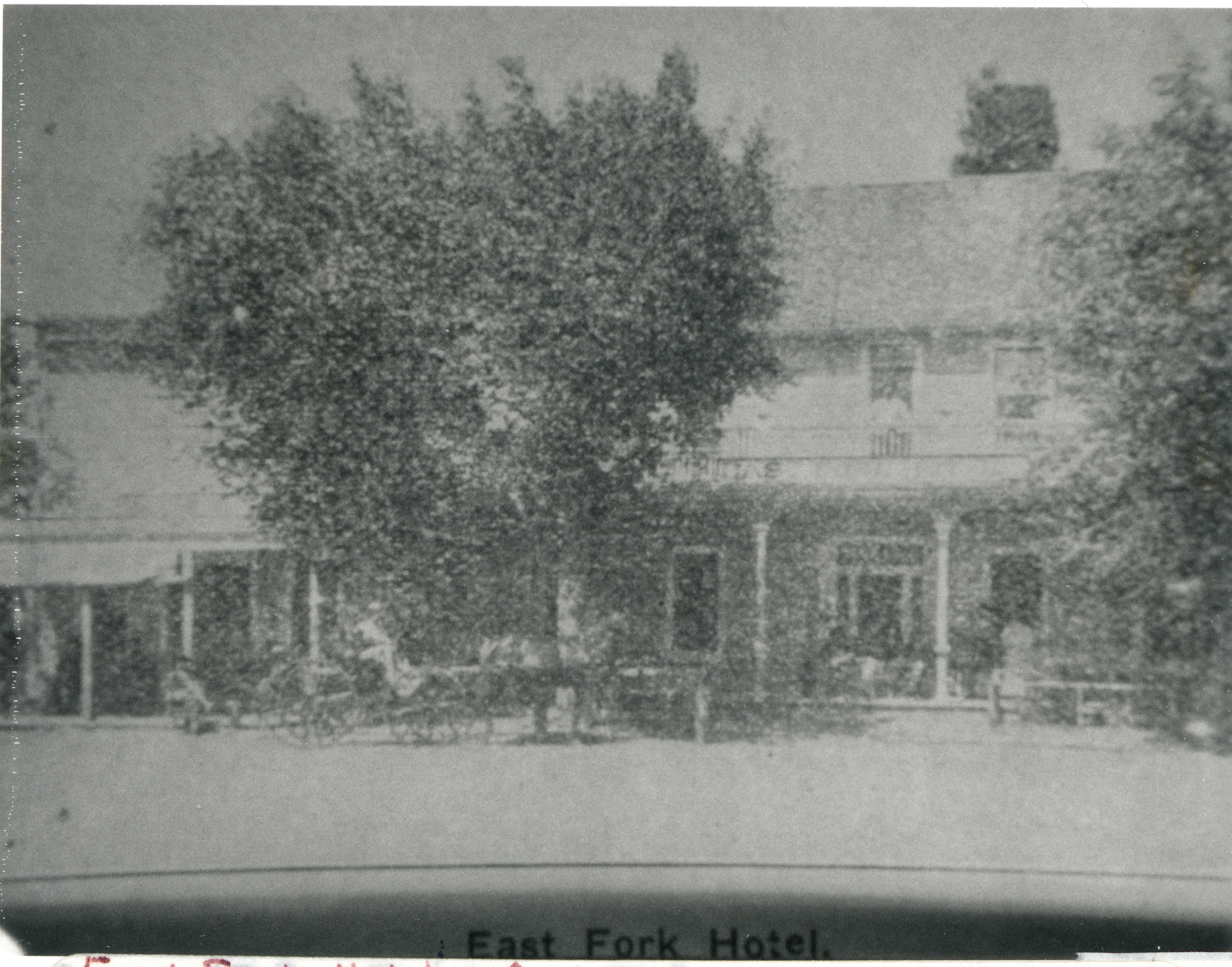 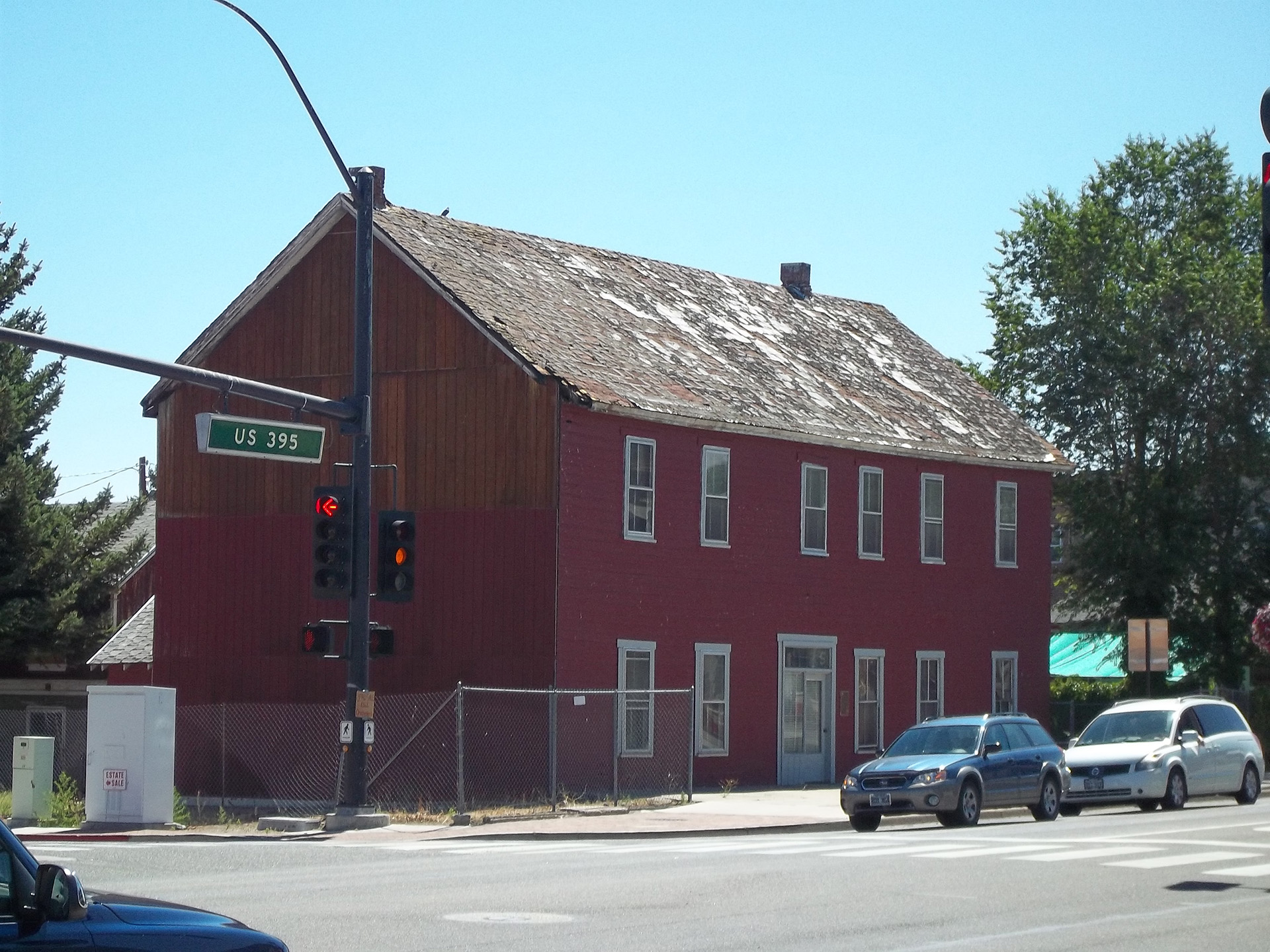 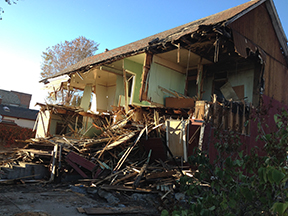