As we gather more information on the history of the Gardnerville Station (old Shell station) we will hopefully find out when the station was built and who was the first owner. But for now we will start with the year 1949. Bud Brown leased the Shell station in 1949 from James "Jim" Hickey, Jr. Brown, an industrious young graduate of Douglas County High School opened an additional Shell station at Lone Pine Resort southwest of Markleeville. During the years Brown operated his business he was always mindful of improvements. He installed a 500-gallon diesel tank to service the eighteen-wheeler trucks. These trucks fueled at an area diesel bulk plant because few service stations offered them the convenience of diesel fuel. Brown also took care of some mechanical work needed by these drivers.

In June of 1956, Brown installed a Weaver automatic car washer, providing the community with a modern car wash. Customers who brought their vehicles into the station for a lube job left with clean, washed cars.

When television was new in Carson Valley, Brown installed a TV set on his lube rack. All the guys gathered around the rack for conversation and to watch TV. (Information from A Guidebook to Old Downtown Gardnerville, by Cecile Brown and Billie Jean Rightmire, published by Carson Valley Historical Society)

Sondra Condron's father Virgil and his family moved to Carson Valley and purchased the gas station in 1958. My dad bought the little gas station that was there before. The Shell distributor said they would build a new station in 1961. Remember that in 1958 there were 2,500 people in the valley. A couple of the old timers came to my father and told him that he would have to be in business for 10 years before they would patronize him. He told them "I'm the first gas station on the road from Los Angeles and I'll get your kids." And he did. He hired all the kids from Douglas High School. He would let them work on their cars in the garage. As kids we all had to work at the gas station. 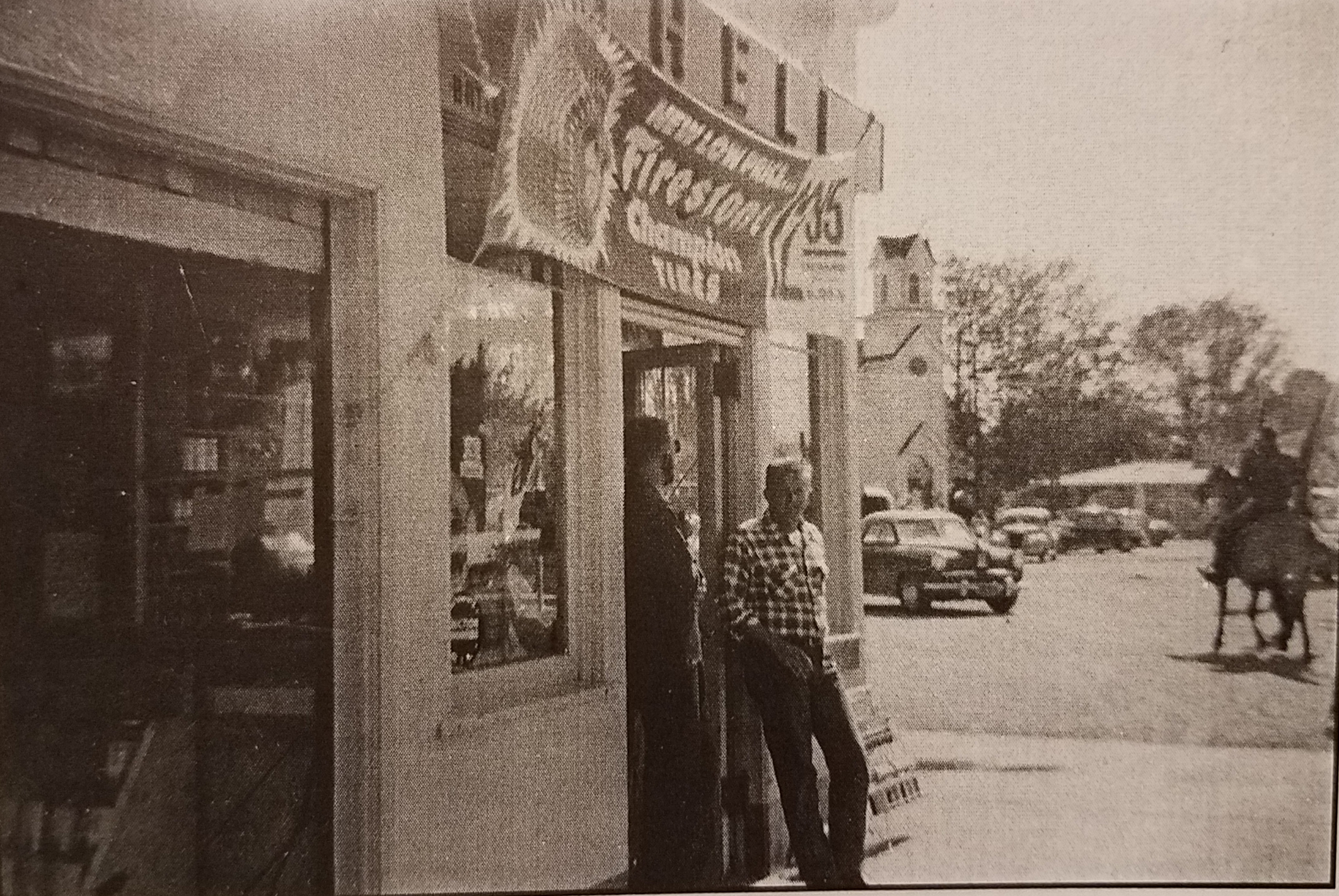 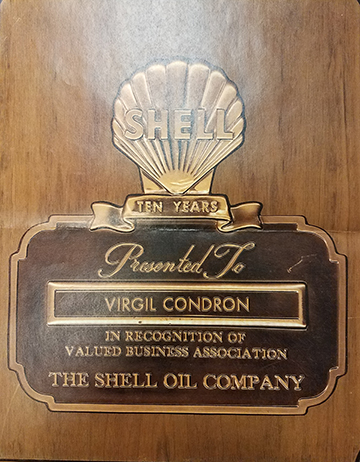